Last weekend, Matt and I finished Ironman 70.3 St. George. For both of us, it was our first half-ironman. Excluding the pros, we ended up with the two fastest half-marathon splits of the day. We aren’t crazy, and it wasn’t a fluke. Here’s how we did it.

*Matt's average wattage 296 was converted to 313 due to walk data at end of the race. 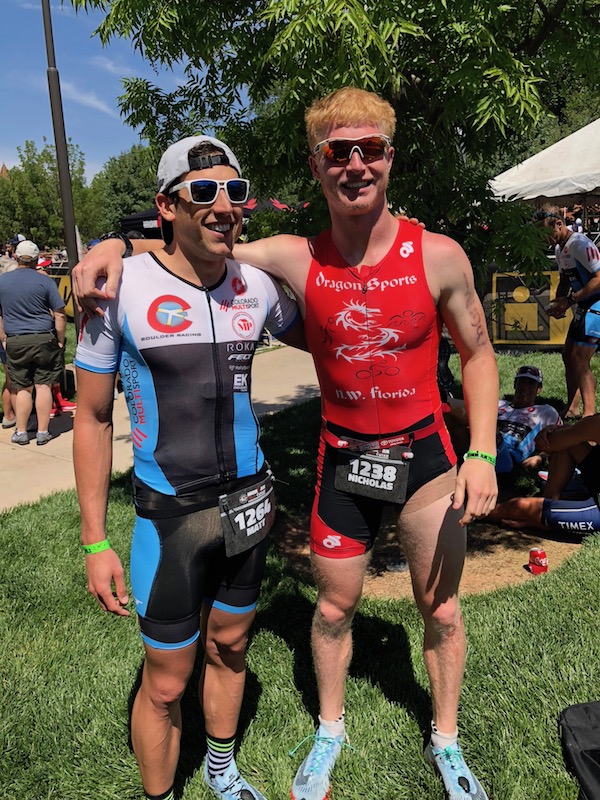 “Practice The Way You Play”

I took a slightly different approach. About 5 weeks out from race day, I had a big weekend of training. On Saturday, I rode 3 hours, then immediately ran 5 miles at 340 watts (6:40/mile) On Sunday, I rode an hour easy, immediately followed by 15 miles at 340 watts. To simulate the effects of running fast down hills, I ran 12-miles out and back at 9,000 feet. I learned that if you moderate your effort up the hills, especially at altitude, you can fly down the hills and make up that time. I would put these race simulations to test in St. George.

Either way, we both practiced the way we were going to race. When it came time to perform on race day, it was almost as if we had done it all before.

Matt and I both traveled to Boston and London marathons, where we were talking with all of you for most of the day. Like you, we had to balance our training with our work obligations. During this time, it was very important for us to train smart. For us, smart 10 hours a week of specific-targeted workouts rather than 15-20 hours of volume after flying across the Atlantic Ocean and being on our feet for 8-10 hours at a time. We had sufficient time for one quality workout a day, and then we focused on good nutrition and rest. 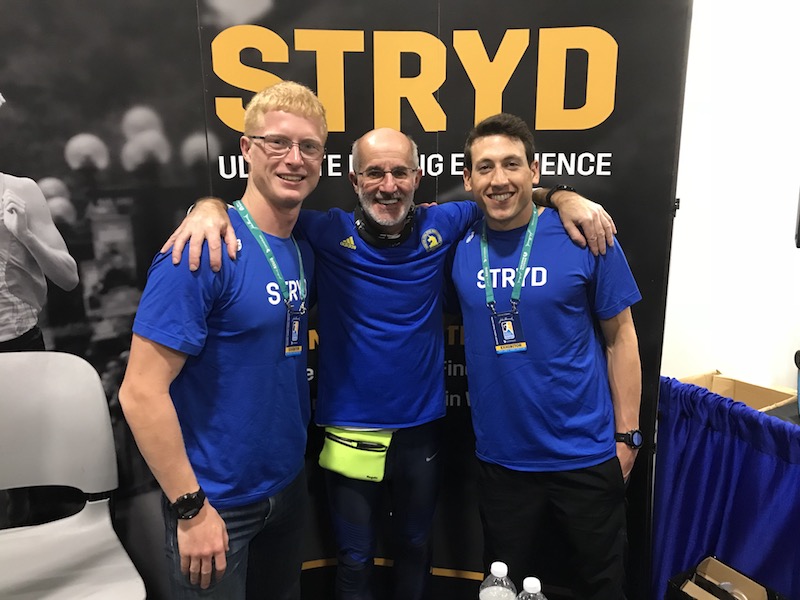 When It’s Hilly, It Pays To Pace To Your Potential 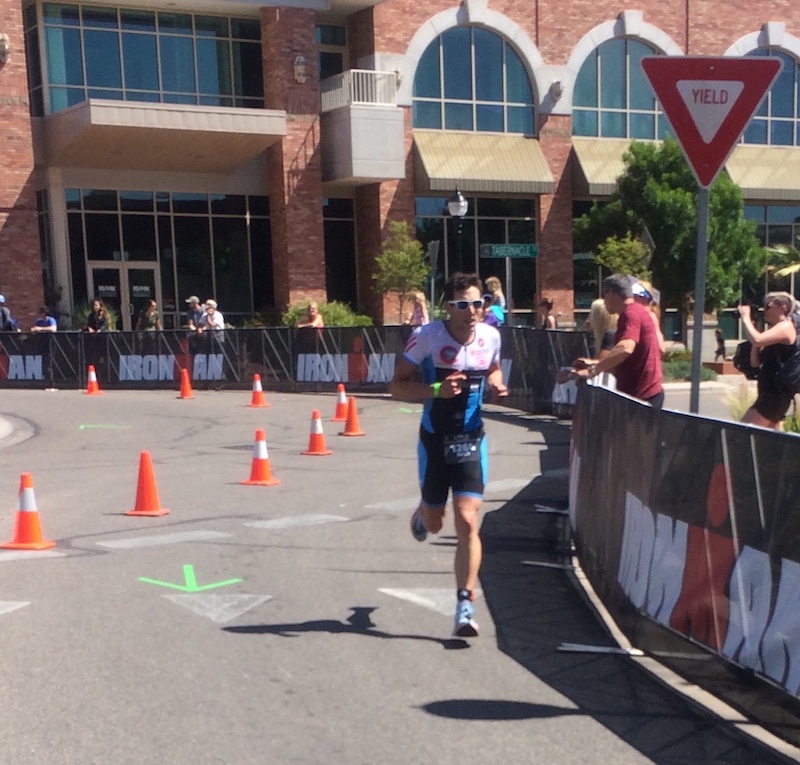 As some of you know, St. George is a notoriously brutal run course. Immediately after biking a hard 56 miles, the first 5k off the bike climbs over 400 feet (120m). It is very easy to do yourself in here if you blast up the hill (or so we were told). Matt kept in control for the first three miles (see below for his power data) He was very careful to follow his target on the steep 800m hill in the third mile, which broke the dreams of many. As soon as he crested the hill, he focused on a smooth increase in speed on the downhill. Although the course was brutally hilly, it did feature a number of turnarounds, giving us the chance to see our competitors and get support from the crowd.

Mile 9 featured a heart-break type hill, which took away many competitors’ ability to run a fast downhill last 5k. Instead of getting caught up in the moment, Matt stuck to his target power of 300. As soon as he created the final hill and saw the “mile 10 sign,” he let it rip and brought it home.

Running The First 10 Miles For The Last 3

In any endurance race, the goal is always to arrive at the finish line with the tank empty. If you go to the well too early, you risk having the wheels come off in the last part of the race. Like Matt, I stuck to my target power of 360 watts in the hilly first part of the race. Because of my hill runs at altitude, I knew I could make up time on the downhills. By not overdoing it on the steep inclines I was able to drop well below my average pace on the descents. Sure enough, My last 5k was 17:47, probably the fastest 5k I’ve run since high school. Granted, it was downhill, but still. I had enough fuel in the tank to hit the last 5k hard, and that is what running with power is all about. Check out my power file below.

Keep Calm and Carry On

Whether it be a half-ironman, full-ironman, marathon, or ultramarathon, etc., things can happen and you have to adapt. At mile 19 in St. George I crashed on my bike. Luckily, the impact of the crash was limited to some road rash and minor bruising. It wasn’t a show-stopper. I got on my bike and kept going. You have done all the work to get to the starting line. It’s important to not let some unexpected obstacles prevent you from reaching the finish line.

You'll notice that Matt ran faster than me by 17 seconds, yet his average power was 54 watts lower than mine. Matt is lean and mean at 70.3kg; I weigh 81kg. I have to produce quite a bit more power to go the same speed due to our weight difference.

If you look at the unit power, you'll see that there is less than a 2% difference between us. This can be explained by differences in running efficiencies. Matt is a very efficient, gazelle-type runner. I liken his running style to that of Eliud Kipchoge, the reigning Olympic Champion in the marathon. Alternatively, my running style has been described as caveman-like. It ain't pretty, but it gets the job done.

So there you have it. Stryd enabled Matt and me to run the fastest run of the day at the St. George 70.3.

In just over a month, I will compete at Ironman Boulder. Look for another training email from me soon on how I am adjusting my training after St. George.

Have you raced this year and had an awesome result or a learning experience? Shoot me an email, and tell me about it.

Want to hit this kind of run split, perhaps even in your debut race? Buy Stryd Now.

P.S. Remember to email me (nick@stryd.com) with any lessons learned or results from early season racing. 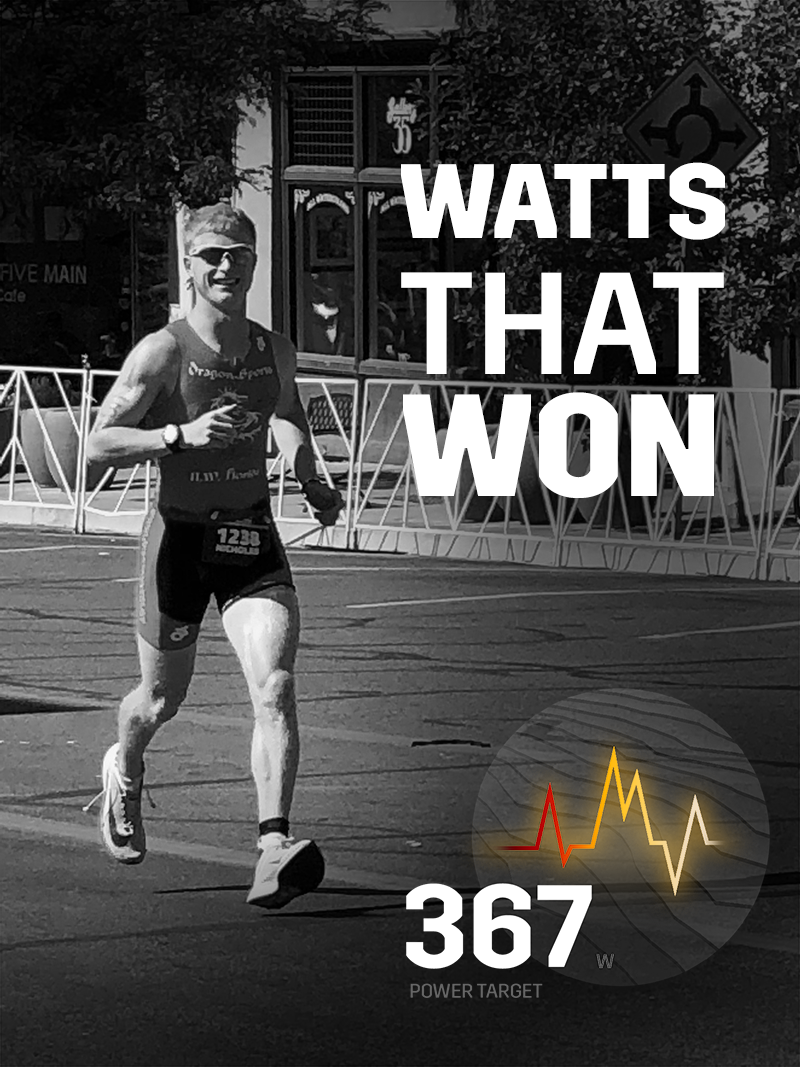