Rolling hills are the silent killer of a good run. Each roller is like a little jab being thrown at the runner. If you don’t defend against the jabs, they begin to add up. Muscles begin to fatigue from the long climbs and descents. The jabs may not begin to feel like much at first, but the effects can be devastating after hours of running.

The truth is that runners can easily defend themselves against these rollers. All they have to do is manage their running intensity correctly. A small tweak in effort when running up and down hills can be the difference between pain and pleasure at the end of a long run.

A simple tweak in running intensity seems easy, but it proves difficult for most runners to execute properly. A common fault is to try to maintain speed when running up the hill. Early in the run, it can feel easy to keep constant speed when climbing, but exhaustion quickly catches up to the runner. If the runner goes too hard, they will struggle to return to the same effort they had leading up to the hill.

Look at the graph below. Watch how the runner’s effort spikes as they climb the hill. They “overcook” themselves and have a hard time returning to their consistent pacing after the climb is finished. 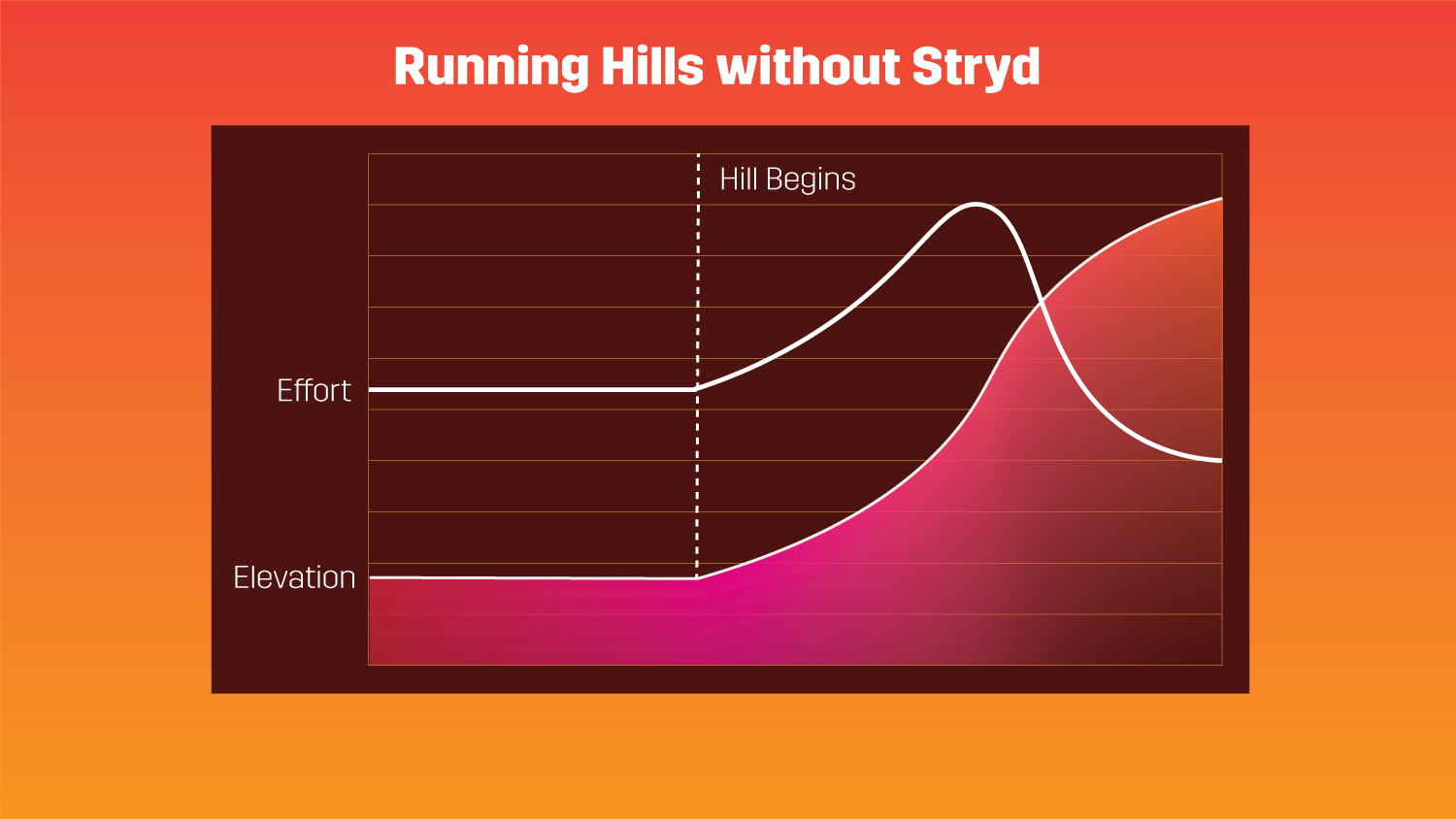 We saw this scenario play out over and over again for runners. This is why we created Stryd.

Running power gave runners a real time method to monitor their intensity and consciously adjust so that they could achieve even pacing.

Since this effort has been so successful, we asked...

“Is it possible for us to further improve hill running?”

This brings us to the new firmware that we are releasing today.

Today, we are taking a step closer to perfecting hill running by making Stryd more responsive.

We will make a comparison between Stryd’s current firmware and the new version that is being released today to illustrate this improvement.

In the past, Stryd could take a few seconds to respond to the change in running intensity on the hill. This led to a brief decoupling of running power and true effort. Runners would have to negotiate a few seconds of uncertainty before they could get back to even intensity. You can see this in the graph below. A slower responding power value can cause runners to mistakenly back off their running intensity and then have to speed up again to get back to their target. 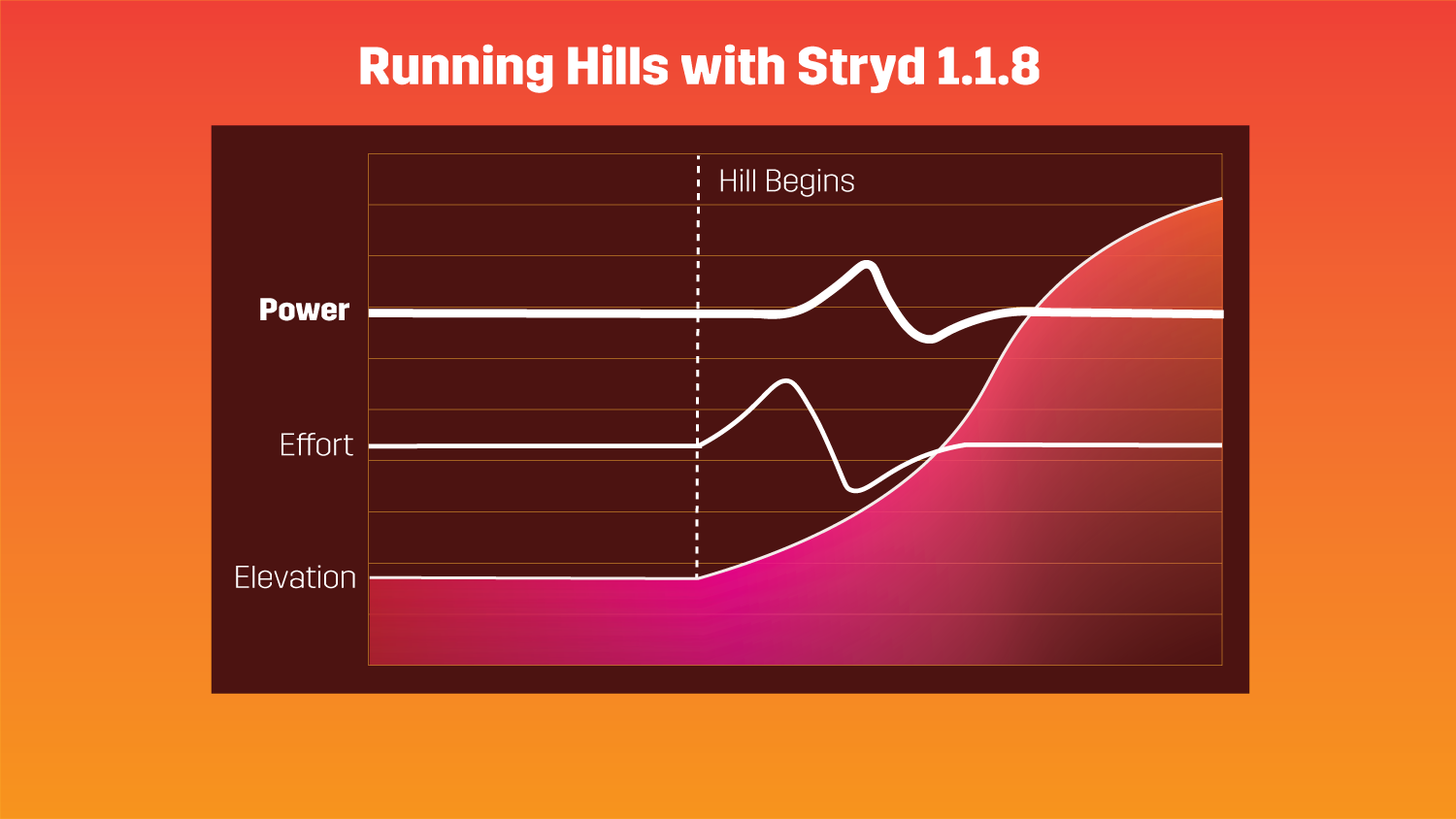 With the new firmware update, that delay is gone. It is no longer necessary to negotiate with uncertainty due to the delay. Stryders now have confidence that they are running at the right target.

See the graph below to see the new firmware update in action. Power and effort are now tightly coupled. Runners can react instantly to changes in effort to maximize their time at their power target. 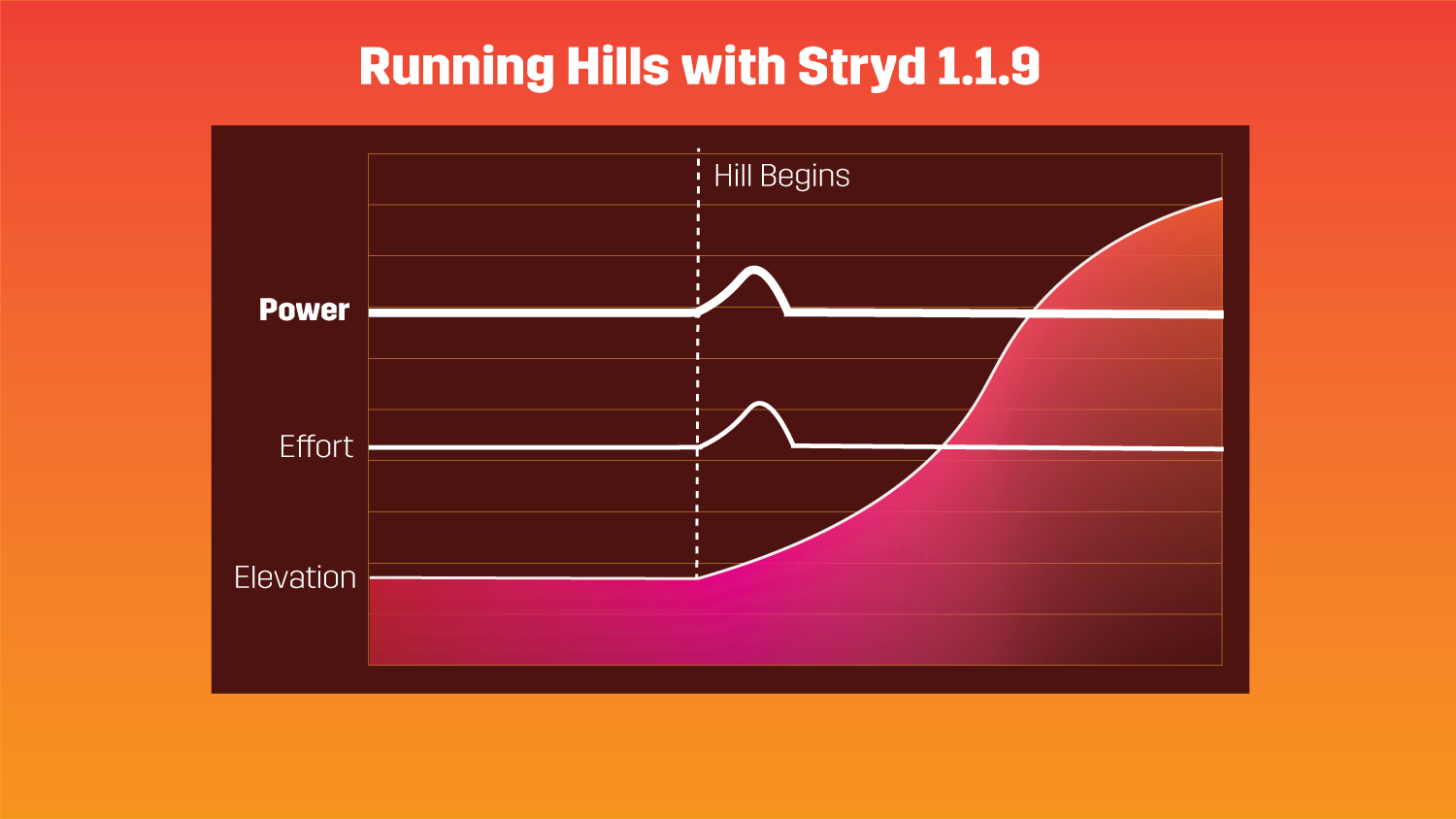 What is the impact of this feature?

A few seconds of responsiveness may only seem like a marginal gain. However, these tiny advantages can accumulate into a major advantage over a long run or race. Imagine if you “overcook” every single hill, you would be stressing your body more than necessary. You would practically be running extra hills compared to the competition. This new update ensures that you can immediately defend yourself in these difficult situations so that you begin to gain a measurable edge on everyone else.

This firmware update is available to all Stryd owners. You should open up your Stryd app on your Android or iOS phone to receive a prompt to update to the new firmware (Find the full instructions here>>) After the update is complete, you will receive more responsive running power on every hill that you run.

If you are interested in purchasing Stryd to improve your hill running, you can do that by clicking the following link: https://store.stryd.com/ All new Stryd purchasers will automatically receive this update.

We hope that you enjoy this update and that it encourages you to go tackle some hilly courses. See you on the climb!