“Hey man, welcome to Breck,” Joe Gray, the five-time Mountain Running World Champion, said as soon as I pulled up to his training base. The base, about ten miles from Breckenridge, Colorado, is tucked away on a dirt road away from the main highway. It was a very quiet and welcome environment coming from the hustle and bustle of Boulder, the location of Stryd's HQ. The only sounds around were the buzzing of the hummingbirds hovering near the cabin and the sound of a squirrel scurrying up a nearby tree. We were completely surrounded by 13,000+ foot peaks. At that moment, I understood why Joe picked Breckenridge. This is the perfect place to train.

“Wanna grab some dinner?” I asked.

“Sure man,” he said with an easy smile as he jumped into my truck.

Two months earlier, I had called Joe with a proposal. "You choose a mountain you want to run the fastest known time up, and Stryd will tell you the wattage that will get you there," I told him. In my view, that is what Stryd is all about: pushing the limits of human athletic performance.

After some research, we settled on Mt. Antero. Mt. Antero, the highest summit of the southern Sawatch Range, sits at 14,276 feet and is situated next to the famous Collegiate Peaks. Antero would be perfect for Joe’s training, as it has many similar characteristics to the course Joe will run at the World Mountain Running Championships in August. Besides, 4,500 feet of elevation gain at altitude is a heck of a training day. And, there was a rough road going from the valley floor to 13,750 feet, meaning members of the Stryd team could tag along in a jeep. 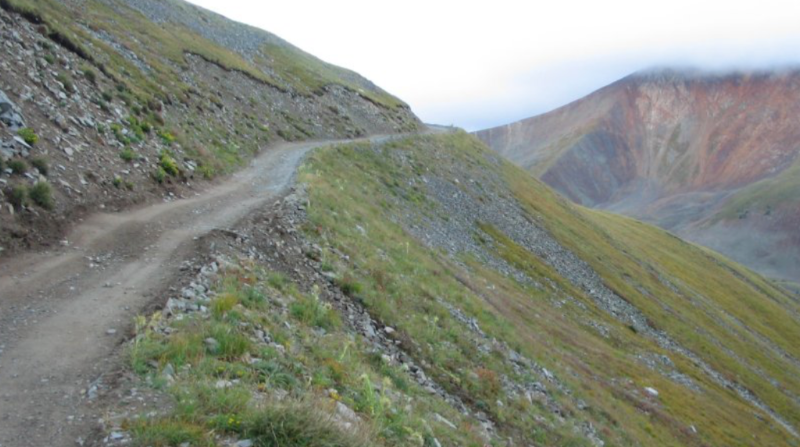 After returning from our carbo-load dinner at Giampietro Pasta & Pizzeria -- a local favorite in downtown Breckenridge, Joe and I started chatting about training. I asked him what motivates him to put his body through this kind of punishment, day in and day out.

“I want to inspire the next generation of athletes -- especially minority kids -- to try something new like mountain running or trail running. That is really personal for me.”

Joe Gray grew up in Tacoma, Washington. His father, a military man, instilled the values of resilience and humility in Joe from a young age. “My dad was not fond of quitters or braggarts,” Joe said, “I was raised in a household where you do your job and you do not go around bragging about it.”

He played a number of sports in school but was convinced to try distance running at the recommendation of his PE teacher. “My teacher saw that I was hanging out with the wrong crowd at the time, and recommended I try it out,” Joe said.

Joe instantly fell in love with the competitive nature of the sport. His passion for running enabled Joe to run for Oklahoma State and turn in some impressive times, including 8:46 for a 3k Steeplechase. Joe enjoyed both running cross country and track. He could definitely keep up with his faster teammates in the workouts, but something was missing. Joe desired more. As we now know, running up mountains on uneven trails at crazy inclines is that missing element.

In the decade since his graduation from Oklahoma State, Joe has won a staggering 15 US national titles. Joe received the U.S. Mountain Runner of the Year award 9 years in a row. He is, without a doubt, the most talented mountain runner in the world right now and, possibly, in the history of the sport.

When a Runners World reporter told him in 2016 that he was the only African American member of the US mountain running team, Joe’s response was telling.

“I don’t want to just be the best African American; I want to be the best athlete in general.”

There is a level of focus and commitment to excellence that underlies everything Joe does from stretching after a run, to what he eats, and to how he uses data in his training and racing.

“Alright,” I said, “let’s see what it’s going to take for you to break that FKT tomorrow.”

We opened up his profile on Stryd PowerCenter and looked at his recent workout data. Then, we opened up the elevation profile of Mt. Antero. The profile was stunning: 4,500 feet of elevation gain over 7.6 miles with only a couple flat or downhill sections. We knew that the previous record, 1:34:06, was held by Alex Nichols, the 2017 runner-up at the Western States. With a 1:30 as the time goal, Joe would need to run 270-290 watts. We believed that he would start out at the higher end of that range and decrease slightly as the elevation increased. Why is that? The air at 10,000 feet is a heck of a lot easier to run in then at 13,000 or 14,000 thousand feet. We factored in everything including elevation, elevation change, and temperature into the power plan.

“Yes,” I said, “Use that as your target. Just know, you will get the FKT if you run in that range. If you feel good, push harder. You will destroy the record if you run higher, but there is a risk of hitting the wall if you push too hard.”

At this point it was 8:30pm. We had an early morning on tap, and it was time to hit the hay.

“Let's rest and then get after it,” I replied. 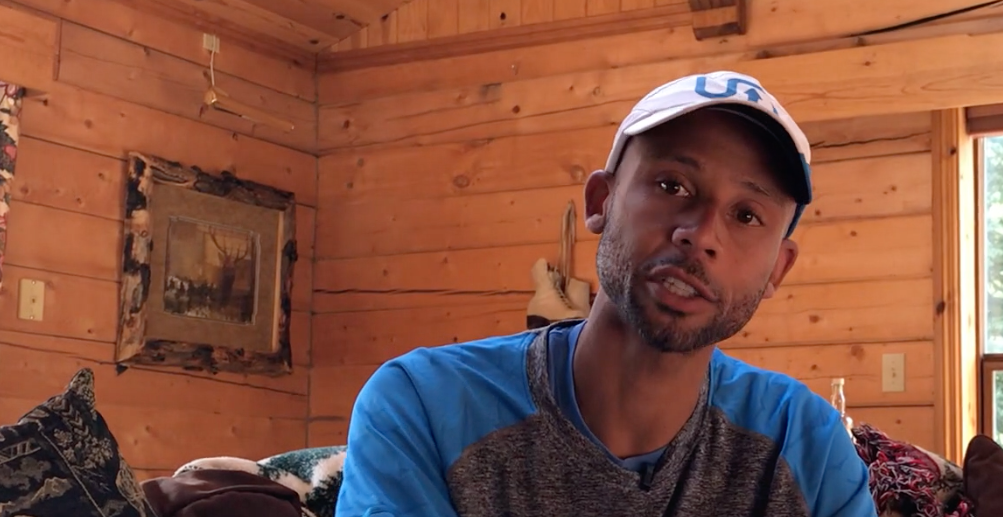 Joe and I piled into my truck at 4:45 AM and made the 90-minute drive to the Mt. Antero trailhead in neighboring Chaffee County. Our plan was to have Joe start by 7:00 AM to avoid any recreational traffic that would surely be present on the narrow shelf road later in the day.

When we arrived, we met up with my colleagues from Stryd who had made the trip out from Boulder early that morning. They had driven in the early hours of dawn but were wide awake and happy to see us when we pulled up. Joe took off up the road to warm up for the run.

As Joe warmed up, we did the same. We got our two Yamaha Dual Sport Motorcycles fired up and ready to go. We deflated the tires on our Jeep Wrangler to minimize the chance of a blowout on this notoriously rough road. A Jeep and two dirt bikes were the only way anyone was going to stay with Joe Gray that day.

At about 6:55 AM, we did a last minute briefing with Joe to go over his power target (270-290) and the mile splits he needed to run to beat the time. Joe's demeanor shocked me. He was completely cool as a cucumber. Running 4500+ vertical feet up a mountain is a herculean task, and Joe was completely calm. I believe that this mentality coupled with Stryd’s ability to tell Joe exactly how hard he needs to run to win, is the reason why he has had so much success over the last year. 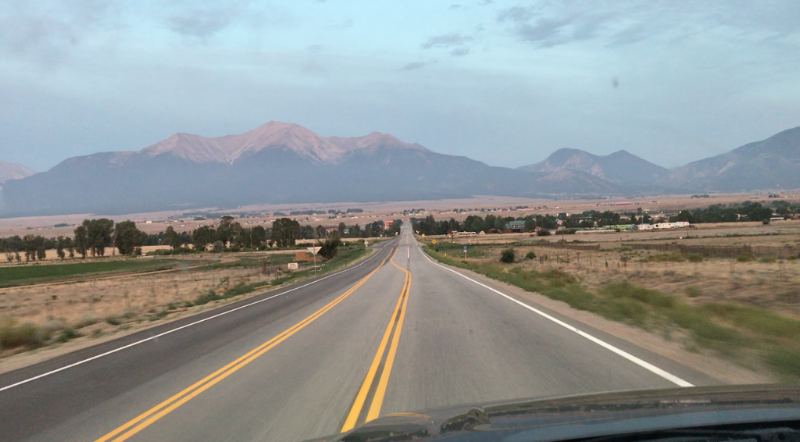 Right at 7:00 AM, Joe clicked the start button on his watch and started running up the road. The starting elevation of the run is a little under 9,000 feet. Angus Nelson, responsible for Stryd's ads, took off after him to film the first 200 yards. When we picked Angus up in the Jeep, he was hunched over on the side of the trail, completely out of breath.

“Hop in,” Connor, responsible for iOS development, said, “Joe’s going to drop us if we don’t get moving.”

The first three miles of the road made its way up the windy hillside in dense trees. Wyatt, responsible for Stryd's algorithm, and I road on the motorcycles directly behind Joe filming him and shouting encouragement. Connor's jeep trailed behind us.

Once we got above the tree-line at 11,000 feet, we saw just how tough this ascent was going to be. We watched the road switchback up the mountain and out of view. This was insane. I heard from a local that when they cut this road into the hillside in the early 20th century, they lost a couple of bulldozers in the process. I could see why. As we got higher and higher, Joe was definitely breathing harder but not letting up his effort. His power output remained very similar from the time he started off up the trail to what we were seeing now at 13,000+ feet. 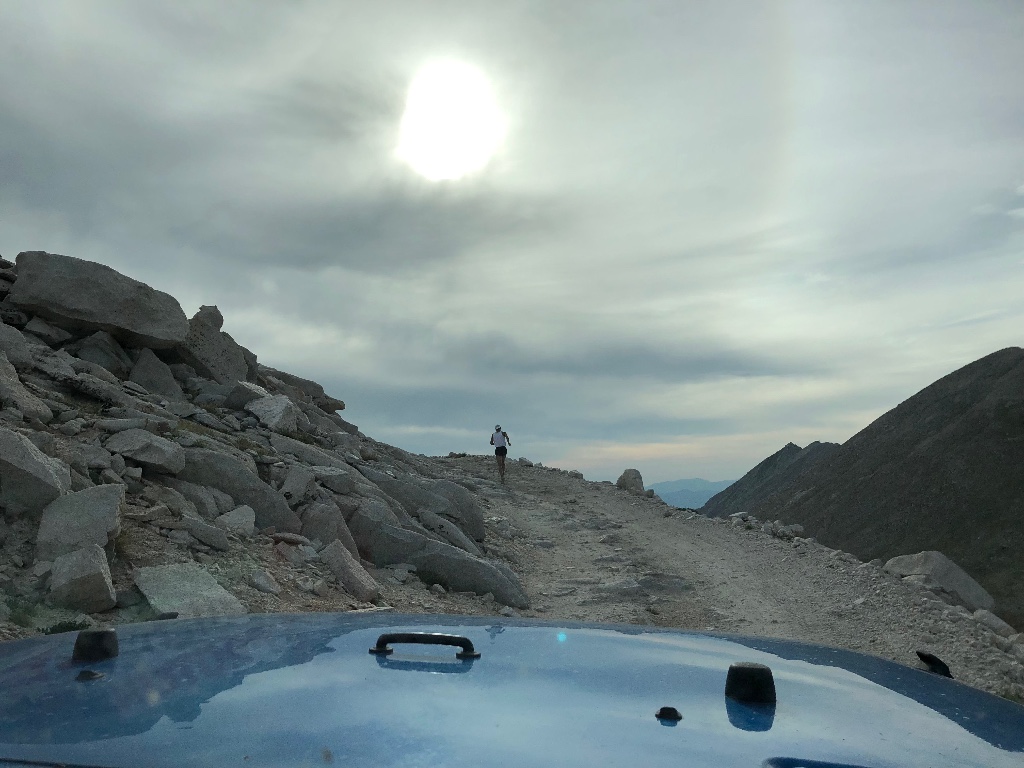 We were able to follow Joe for 90% of his attempt. The jeep trail ended at 13,750 feet, and there was no way we were going to match his pace as he scrambled his way up the last 500 vertical feet to the top of Mt. Antero. A couple of our guys tried to keep up with him, but they abandoned that idea after 100 feet.

“Go Joe!” was all we could manage, as he faded into the rocks.

I glanced down at my watch. He total time was at 1:15. He had 15 minutes to go just over half a mile to break 1:30. For an average runner, this would be a tall order on this terrain. There was no trail, and Joe was essentially hopping boulder to boulder. For Joe, this was a pretty routine task. By the time we caught up to him, he had already run halfway back down the final ascent.

“What did you finish at?” I asked.

Every member of the Stryd team was in awe, but not surprised. Joe had shown us his true colors. It did not matter whether Joe ran the World Championships or a FKT attempt on a remote mountain in Colorado because he is always going to give it a good effort. He made it clear he strives to be on a level above everyone else.

We quickly synced his watch to review the data. Before I even could open the Stryd app to check Joe's power, my phone buzzed. The message came from Kun Li, responsible for designing Joe's power target.

“No one is going to beat that time,” I said to Joe.

Our friends at Strava agreed.

As we made our way back down the mountain, we noticed a pickup truck had parked next to our jeep.

“Why are all you guys running?” the man asked, “did your car break down?”

No, I thought, our guy just ran up this mountain faster than you drove up it.

Robijn, responsible for customer support, and Angus decided they were going to run down the hill back to the bottom of the trailhead.

“Enough sitting in a car, I am inspired to run!” Robijn said.