It’s been a busy few months for Akhil Viz. Ironman Boulder, Proposing to his fiancé at the end of a race, A bike crash, and Finishing Santa Cruz 70.3.

Akhil came to Boulder with high expectations. He was coming off a solid couple months of training, highlighted by some very encouraging long runs. He had a solid race plan based off of power and perceived effort. However, two-thirds of the way through the 112-mile bike, he could feel the fatigue in his bodybuilding as a result from the altitude and a higher than expected race-day temperature. By the time he reached the halfway point on the run, his body was spent. He couldn’t hold down fluids, and the race-doctors advised him it wouldn’t be smart to finish.

Looking back on his race, Akhil believes he should have taken the conditions into account when developing his race plan based on power. Had he targeted lower power numbers, he believes the result would have been different. 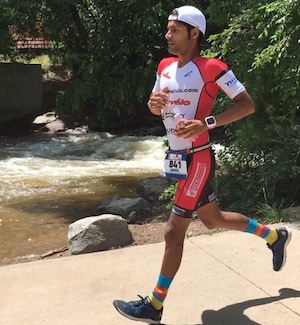 An Engagement at San Francisco (July)

Akhil came to the San Francisco Marathon with a different kind of race plan. He was going to run just the first half of the marathon as a watt-based tempo run, and then make it to the finish line so he could pop the question to his girlfriend Sibylle. Akhil made sure to give Sibylle a few minutes before he snuck up behind her, tapped her on the shoulder, and went down on one knee. She said yes of course. Smooth, Akhil. 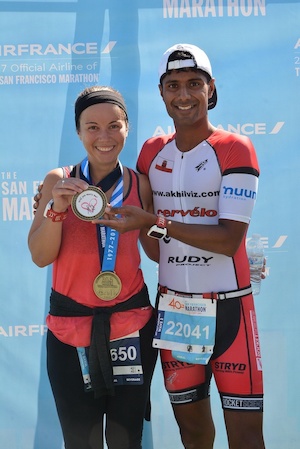 Gaining Perspective Amidst a Setback (August)

On a training ride in Phoenix in late August, Akhil struck by a car, who failed to see him when making a right turn According to his Strava data, he was traveling 27mph at the time of his crash. Fortunately, he was able to walk away from the accident with no more than some intense bruising to his legs and a sprained wrist. (As a side note to our athletes--please stay safe on the roads out there.) The accident occurred 2 and a half weeks before he was due to race at the Santa Cruz Half Ironman.

Akhil was able to bounce back by focusing on conditioning, stretching, and foam rolling and shorter, more productive training sessions. “My #1 priority was recovery; I did not want to gamble and risk getting even more hurt or delaying my recovery for another couple weeks," he said 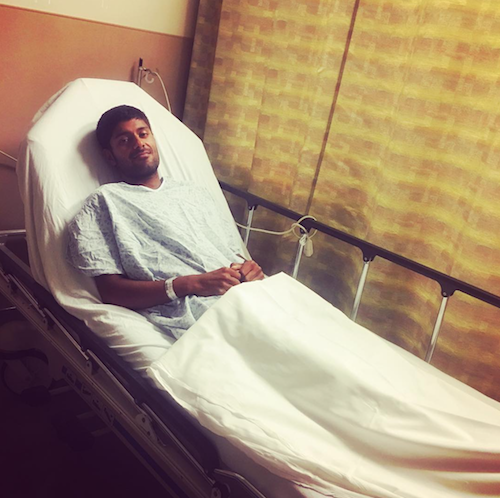 Akhil arrived at Santa Cruz without expectations but with a plan. He knew he was not 100% because of his bike crash, so he wanted to go out conservatively on the bike and run to ensure a finish. Rough conditions made race officials shorten the swim, which played into his favor given his wrist injury from the bike crash only weeks before. He took the bike by storm, averaging over 21 mph for the 56 miles (again pretty incredible given he had crashed only weeks before). On the run, he stuck to his adjusted wattage and made it to the line in a time much faster than he anticipated. 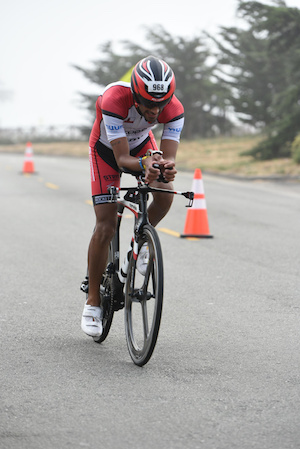 What’s next for Akhil

Akhil plans to continue recovering from his bike crash and spend some time with his fiance. If he is able to fit in a four-week training block before November, he plans to do so. Then, in November he will compete at the Los Cabos 70.3 with James O’Sullivan (Stryd Team Member) and Rudy Vonberg. He is going without expectations. The Team at Stryd has a hunch that if Akhil can stay on the mend until Los Cabos, he’s going to have a great race.

What has been your biggest challange during Ironman training or racing? Post it in the Stryd Communnity here.